Looking acquire some nerdy goods? Sometimes we put together some special items for your enjoyment.  Ever thought your favorite PC ENGINECD game could use remastered sound?

How about new package design with maybe like, even original artwork? Interested in awesome collectible stickers hand made by some dude in Japan? Do you like underground video game music CDs? That's the sort of stuff you'll learn about here and how to acquire said items. The releases here are projects of love and passion. We love the the PC Engine and hope that people will enjoy it's games for many years to come.

Dark City Records Vol. 01 >  09.26.2017 - the first music CD of game music under the new underground label. Dark City Records. This was an 80min CD. It featured game music from the PCE and even MSX. All music remastered! It had a standard cd jewel case with monochrome inserts and featured a most excellent anime art on the cover! This was produced as a limited addition of only 53 copies. Each given a it's own serial number! On 02.11.2021 a reprint was released! This is a disc-only version (no inserts) in slim CD case.

"Cassette" > 06.20.2015 Originally only released on an actual cassette tape as a "ticket" for a DJ party with the same name. Side 01 features a most excellent 30min Downtempo DJ mix by the The Electrohaze himself! Side 02 features smashing 30min Techno set by a good friend and DJ Krok! On 02.11.2021 a special CD-only in slim case was released!

"Download 2 - Remastered" Is a game CD with remastered music and new package design for your PC Engine CD by Dark City Productions.

+ All orders get "Remastered By Electrohaze" AV Idol Stickers!

"Gate & Lords of Thunder with remastered music and new package design for your PC Engine SCD by Dark City Productions.

"Cotton: Fantastic Night Dreams - Remastered / Mashup is a CD for your Turbo Duo game system!
All audio has been remastered, including anime cut scenes.

In addition, all music during gameplay has been remixed into "Mashups."

These mashups include a nice mixture of the PCE SCD version and the Arcade Versions (Yamaha 2151).

In few cases parts of the Neo Geo Pocket versions were used, and more!

All mixed by The Haze!

+ Made in Japan
+ Pro printed inserts
+ 15 tracks all mixed into all new Mashups by The Haze!
+ Taiyo Yuden NOS CDR (made in Japan)
+ Original Artwork by Hori Benny of Invasion Club!

Cotton - Remastered / Mashup is OUT OF PRINT 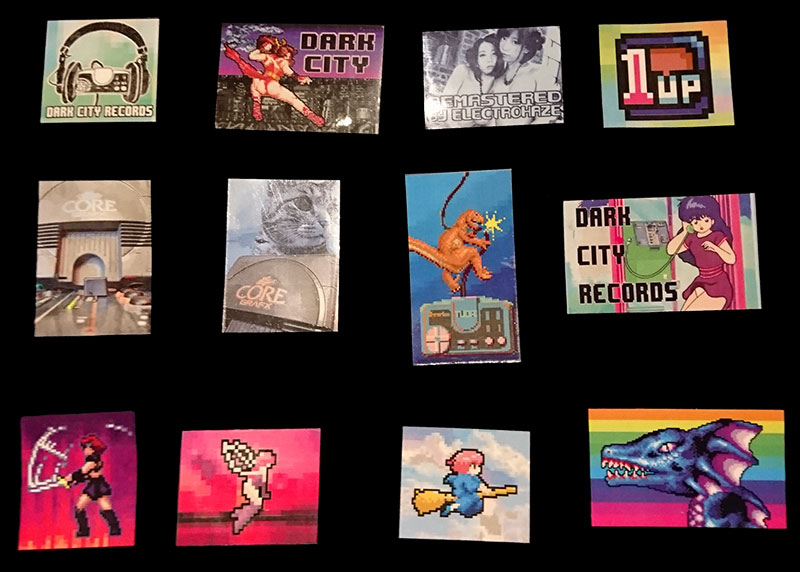 Why are they "ghetto" you say? Well.. They are hand made by The Haze himself

You could say they are a little ghetto, do to their hand made nature.

This sticker set features 12 different sticker designs produced and distributed by Dark City Productions.
Some were are old, some are new! All are otaku! Add this to any order and PAY NO EXTRA SHIPPING!

(all stickers are around 6cm x 4.5cm each in size) 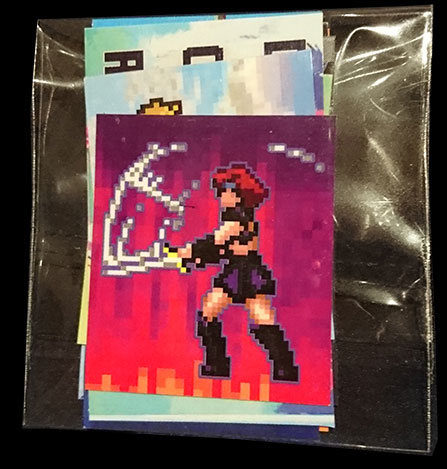 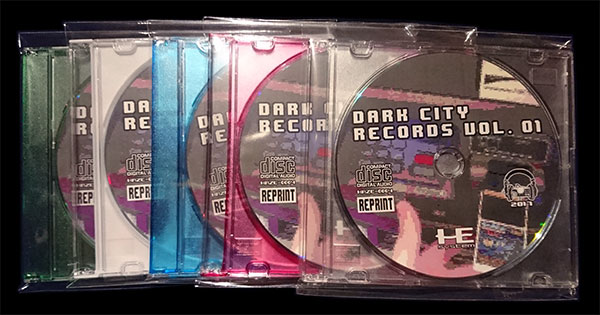 This is a reprint of the first music CD released under the underground game music label. Dark City Records. It features game music from the PCE and even MSX. All music remastered! 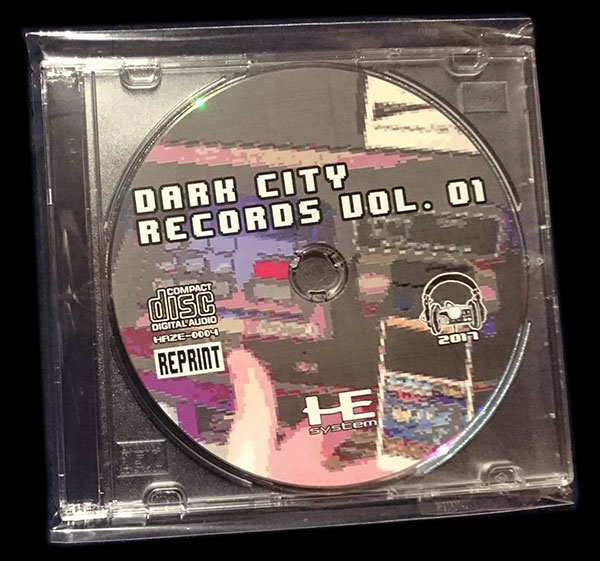 
Originally released 06.20.2015 on an actual cassette tape as a "ticket" for a DJ party with the same name. Side 01 features a most excellent 30min Downtempo DJ mix by Electrohaze himself! Side 02 features smashing 30min Techno set by a good friend and DJ Krok! 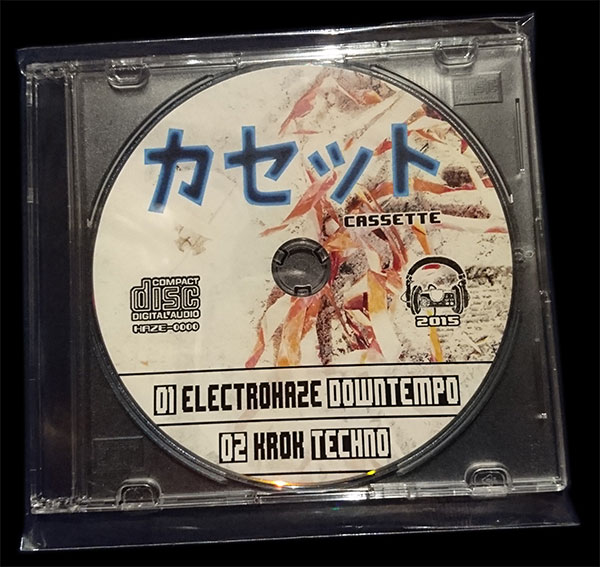 High quality and printed in Japan, support Dark City by showing off your new threads!

About DCR MINI 01 -
Dark City Records Mini 001 3" in an audio CD!  It's 25min in length and features some favorite PC Engine tracks mashups and more! All mastered by the Haze for your listening pleasurement!

Included with every order:
+ One T-shirt in a clear bag (or your size choosing)
+ One 3" mini CD 25min in length.(
(Hat, PCE games, controller and cute girls not included.) 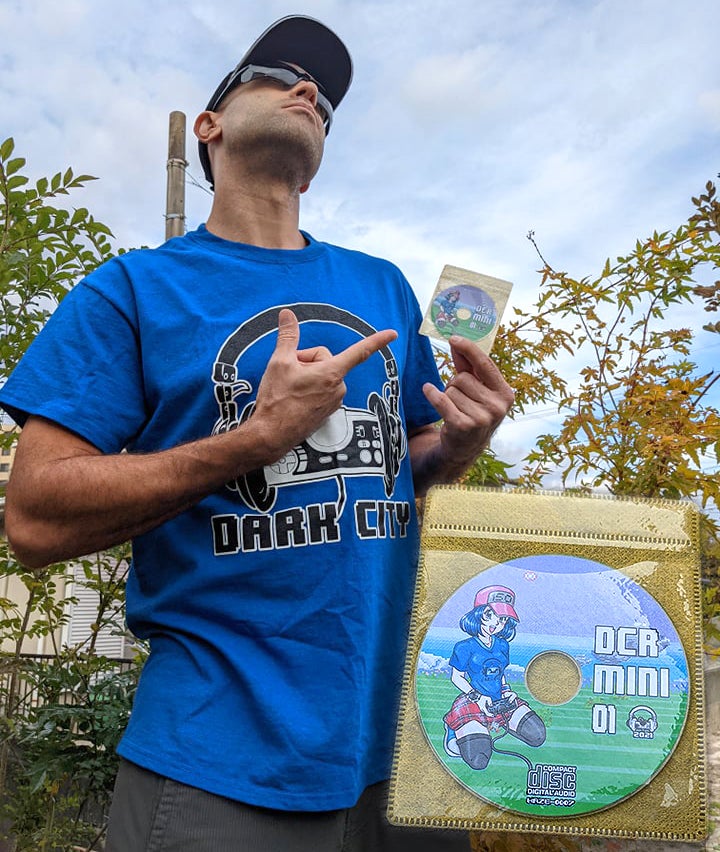 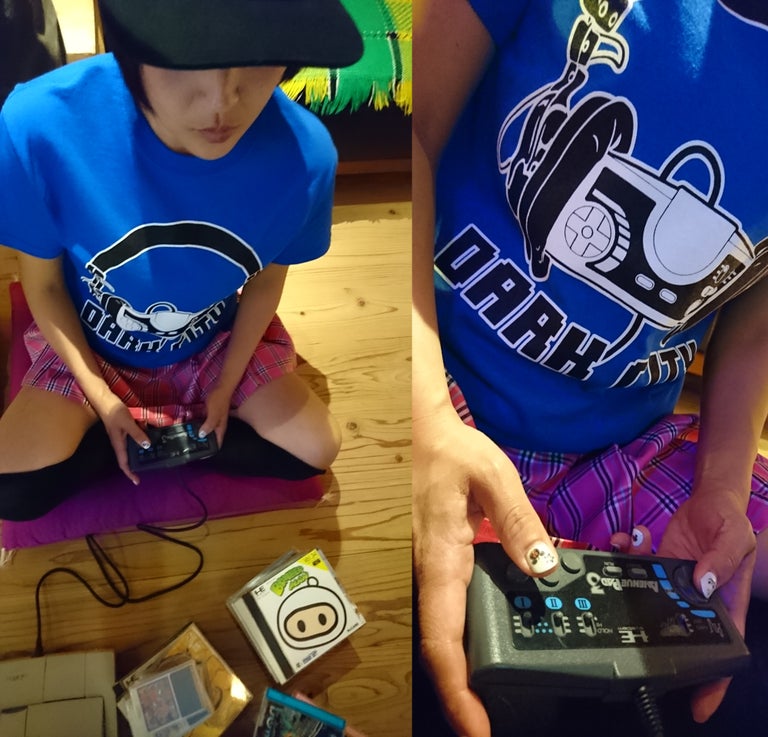 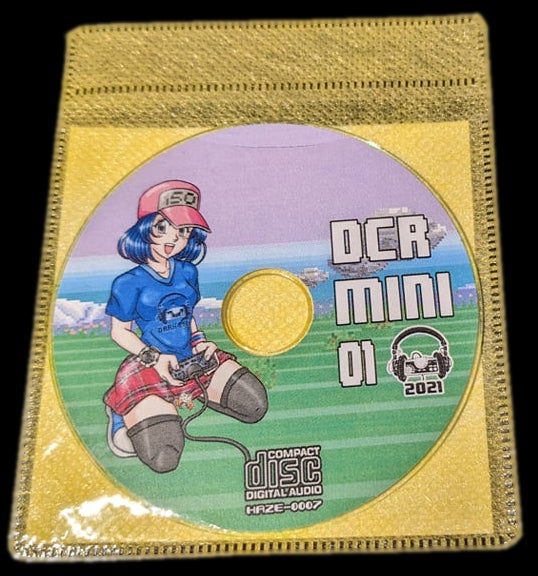 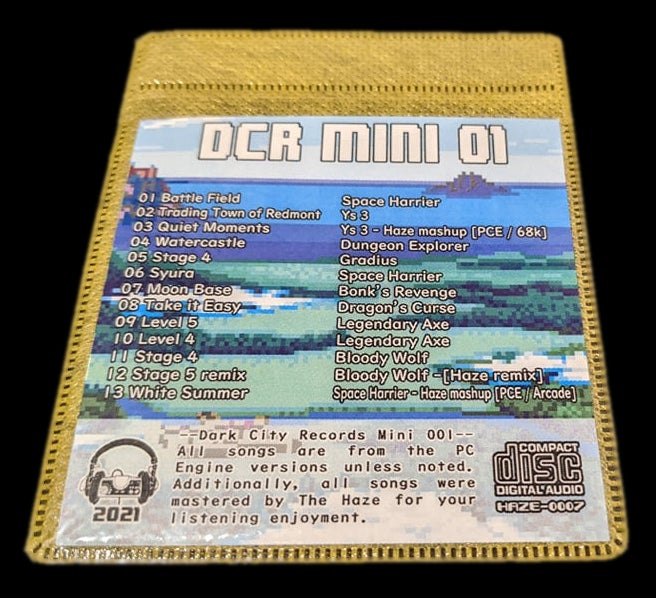